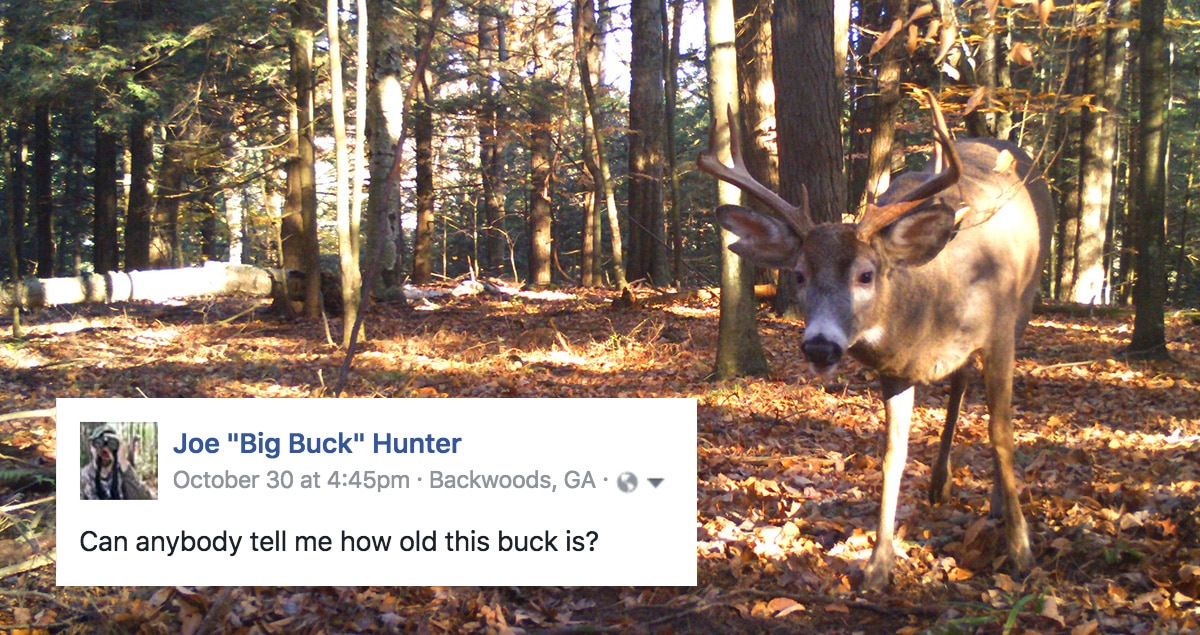 Every summer as velvet antlers sprout and take form on bucks across North America, a drone-like buzz begins to build in the backs of our minds. It’s a sure sign deer season will be here soon. That’s exciting and, at least for me, the volume button that controls my eagerness seems to inch toward 11 by the day.

Thankfully, our excitement seems to get a little bit higher each year, too, because we’ve literally been able to witness a gradual, yet irrefutable, trend of buck age structure increasing across the country for the last 30 years. This is due, in large part, to the QDMA and our strong educational campaign encouraging folks to pass young bucks as part of implementing QDM.

Of course, one of the things that has grown in popularity along with passing bucks is aging bucks, both on the hoof and after the harvest. The first technique allows the user to estimate a buck’s age before he/she shoots, ultimately helping the hunter decide whether or not to pull the trigger based on their personal goals. However, aging on the hoof is a somewhat subjective exercise based on a few standardized rules, including the date of observation, the position of the deer, and others. The latter always includes a look at the teeth, and may be done using either Tooth Replacement and Wear (TRW) or Cementum Annuli (CA) analysis. This type of testing is subjective as well and comes with a bit of a learning curve — and possibly a cost.

Even though each technique comes with subjectivity and a list of caveats, they are the best methodology we have. They are science-based, and short of tagging/marking a deer as a fawn and then killing it later in life, you will never know the exact age of a deer. They are also certainly way better methods than the following attempts:

So, please avoid the five items listed above and stick to the old standards of either aging bucks on the hoof from fall photos, when the buck is broadside, or using TRW or CA on teeth that originate from the lower jawbone after harvest. I understand that bad habits are difficult to break, but I know you can do it.