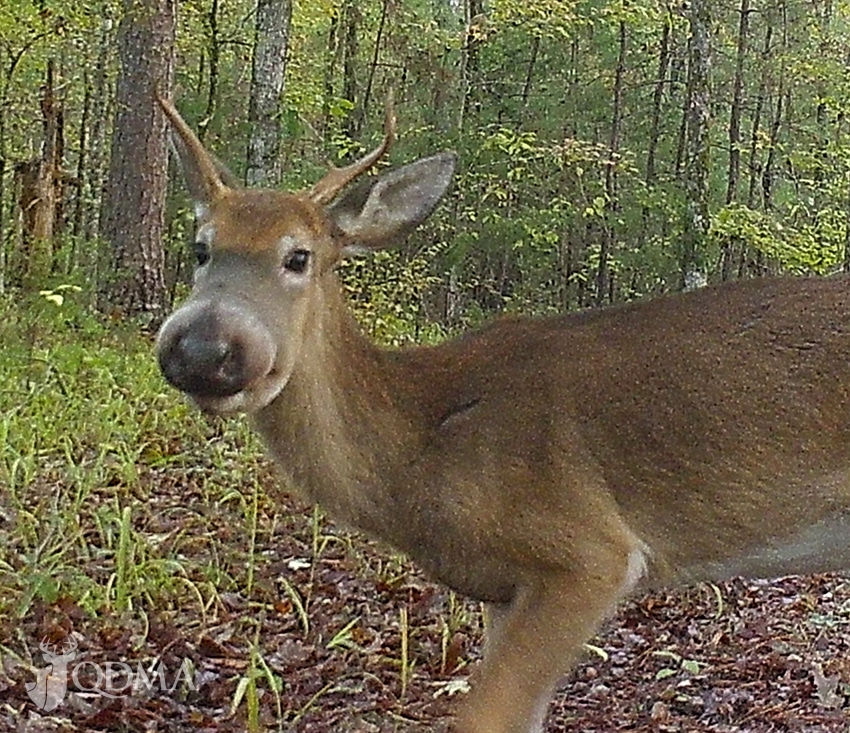 We now know the guilty bacteria causing the condition that for at least 18 years has been transforming a few, rare, unlucky whitetails into Bullwinkle Deer. But that’s about all we know.

Mannheimia granulomatis is confirmed as the bacteria that causes the inflammation, so the moose-like swelling of the faces of the victims is a bacterial skin infection. M. granulomatis has been known for decades to cause a skin disease of cattle in Argentina and has only rarely been found in other species. But there are no known reports of it causing swollen-faced Bullwinkle Deer in scientific records before 2002.

Dr. Kevin Keel, formerly of the Southeastern Cooperative Wildlife Disease Study (SCWDS) at the University of Georgia and now at the University of California-Davis, is the lead investigator on the new study that identified the bacterial cause of the Bullwinkle condition.

“It is unclear if this is an emerging infectious disease of deer, or if it is a sporadic, uncommon condition that has only recently been recognized.”

Over several years, Kevin and his co-researchers were able to examine the heads of 27 dead Bullwinkle Deer from 14 states. They included bucks and does from 6 months of age to 5½ years old, and all but two were collected by hunters. A multitude of bacteria species that contaminated most samples after death made it difficult to identify the troublemaker, but Kevin ultimately found colonies of only M. granulomatis at the core of inflamed tissue in every case. Here are a few other basic facts we know from Kevin’s report.

The condition is widely scattered with no geographic pattern or center. The 14 states in the study ranged west to east from California to Georgia and as far north as Minnesota.

It does not appear to spread from deer to deer or affect populations. None of the cases involved more than one deer afflicted with the condition in the same location.

It’s not automatically fatal. Kevin mentions two cases in his study in which the same deer had been seen over three years with the condition. QDMA is also aware of instances in which Bullwinkle Deer were spotted over long time periods. While the condition may not kill deer outright, it is clearly a health issue for most of the victims, as many appear to be struggling nutritionally. This might lead indirectly to death from other infections, predation or severe weather. 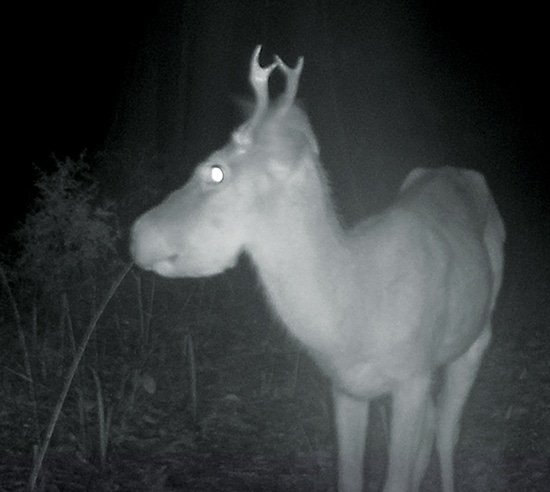 That’s the case with an Alabama buck caught on camera by Edward Whatley, the latest deer hunter to contact QDMA with photos of a Bullwinkle Deer. In October 2019, the buck in the photos accompanying this blog made a brief appearance over a few days in Wilcox County in southwest Alabama. Edward never saw the unique buck on camera again or during the rest of the 2019-20 hunting season, but the photos were taken on a small, narrow property, and the buck could have been spending more time elsewhere. Edward said he thinks there’s a chance the buck will turn up again in October 2020 if he’s still alive.

If you see, photograph or harvest a Bullwinkle Deer, notify your state wildlife agency. Again, the condition doesn’t appear to spread from deer to deer, so there’s no priority on killing these animals. However, if you kill one, don’t eat it. It’s not a good idea to eat the venison from any deer suffering from a major infection or obvious illness of any kind.

Meanwhile, there’s still more to learn. We don’t know how or where deer are encountering the bacteria, how it is infecting them, or why it infects so few of them in a random scattering without infecting multiple deer in each area.

Kevin wrote in his report: “It is unclear if this is an emerging infectious disease of deer, or if it is a sporadic, uncommon condition that has only recently been recognized.”