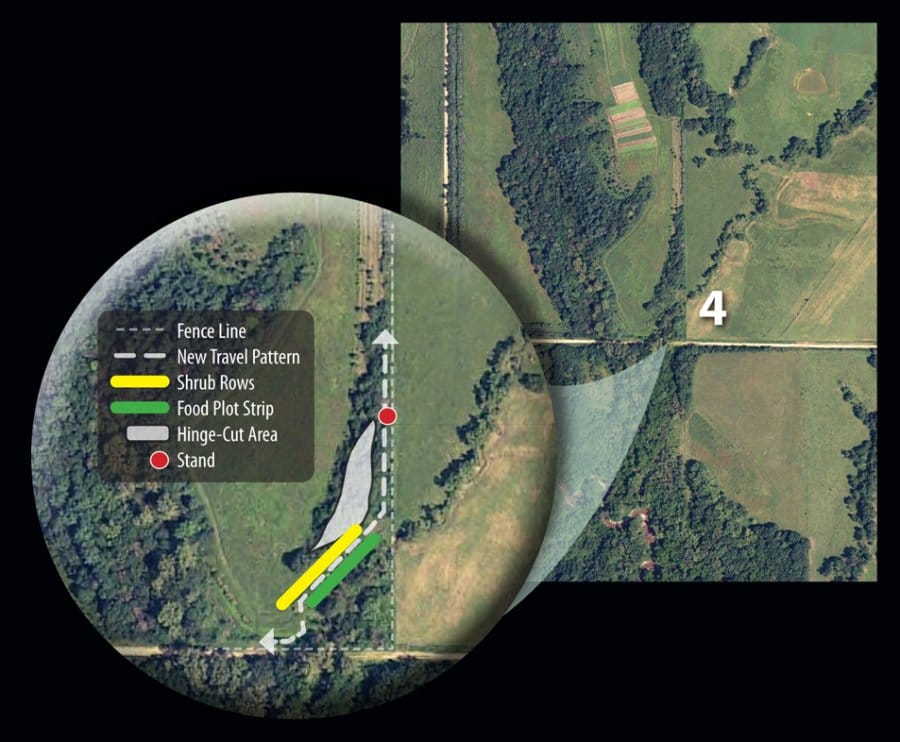 Bottled Bucks No. 4
Owning your own small hunting tract is very rewarding, but it’s easy to get lazy after a time and not investigate new or evolving travel patterns. I have a friend who used to hunt with me, and because of his age I encouraged him to hunt wherever he wished. One year he decided to sit in a plastic lawnchair in what I thought was a little-used area of timber and brush along a fencerow. He immediately bagged a buck! He also commented that he had seen several deer – all bucks. This prompted me to sit in his chair one morning, and sure enough a buck appeared within minutes after daylight. I wasted no time putting up a stand in this natural funnel, but after hunting it I realized it too needed some help from my chainsaw. Once again, I hinge-cut shingle oaks to create a bottleneck that forced every buck to walk within 15 yards of my stand. I lengthened the funnel leading to my stand by planting a mix of clover and high-sugar perennial ryegrass. I added extra screening on one side of this plot by planting Egyptian Wheat. On the other side, I planted several rows of dense shrubs to form a natural fence. Bucks followed this funnel like puppies on strings, using the shrubs to create a scrape line as they traveled.