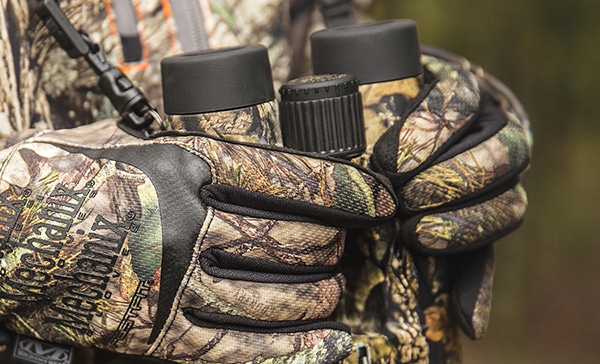 The second quarter of Super Bowl LI was not a pretty picture for the New England Patriots. They trailed the Atlanta Falcons by 21, and no team had ever overcome such a deficit to win a Super Bowl. But we all know the outcome, don’t we?

Viewed out of context, any moment in time can fail to represent the whole story. One slow afternoon in a deer stand in November does not make a slow season, just like Tom Brady’s pass completions in the second quarter of that game aren’t remembered. What’s remembered is he ended up breaking Super Bowl records for pass completions and passing yards and…

Yes, I’m from Georgia. Much as we don’t want to, we remember.

Hearing a coyote howl does not mean you have a fawn-recruitment problem.

Snapshots of your experiences in the woods often fail to serve as a guide to reality. Seeing a mature buck during a certain moon phase, in certain weather, or while wearing your lucky long-johns does not tell you anything about buck behavior. Failing to punch your buck tag does not mean your QDM efforts have been in vain, and killing a mature buck does not mean they’ve worked. Hearing a coyote howl does not mean you have a fawn-recruitment problem. My thumb is up for “citizen science,” but citizens still must comply with the same rules scientists do. To make valid conclusions about such things, you need to get enough data.

Here’s one example of something you can easily do this season to rapidly sharpen your awareness of deer herd dynamics: Look through your binoculars to see what’s going on. Each time you return from the woods, record the numbers of fawns, adult does and antlered bucks you saw, and also the number of hours you sat. At the end of the season, total everything up and divide. Now you know bucks, does and fawns you saw per hour. You can also calculate fawns per doe (which is your fawn-recruitment rate) and does per buck. The per is important here because such calculations, known as indexing, smooth your gathered observations into valuable summaries that can then be used for valid comparisons. One running back gained 150 yards and another carried the ball 10 times, but until we know their yards per carry, we can’t compare them.

So, last season you saw 0.75 quality bucks per hour, and this season you saw 1.5. Last year you saw 0.5 fawns per doe and this year you saw 0.8. These are the kinds of comparisons you can make, learn from and work with if you just collect a few simple numbers each time you hunt. Be sure to ask those who hunt with you to record their sightings, too. The more observations in your collection, the better.

Don’t continue to suffer under mistaken conclusions based on snapshot moments in time! Get in the game with reliable numbers. Here are more articles on this website that will give you additional techniques:

–> How to Detect the Rut Peak.