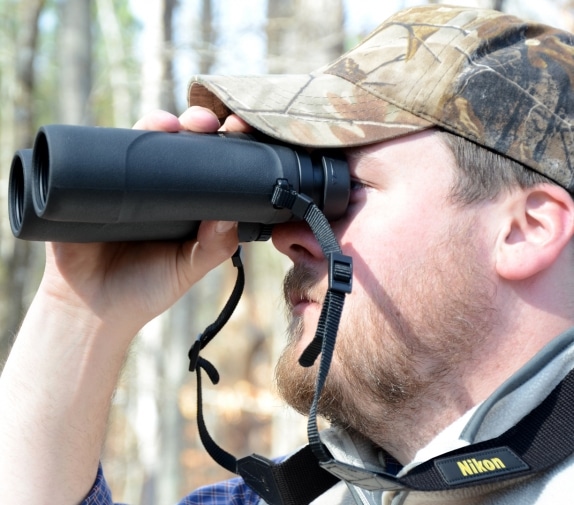 How many times did you get asked this hunting season, “How many deer did you see?” Your answer is often followed immediately by, “Yeah the deer herd is up (or down) in my area too.” As deer density increases do we always see more deer, and do we always see fewer deer as it decreases? The answers to those questions are obviously “no” but let’s look at how density and sightability are related. Density is defined as an amount per unit measure – such as deer per square mile. Sightability is defined as the ability to view an object of interest – such as deer during hunting season. Are density and sightability directly related? Are they partially related? Using deer as an example, let’s look at the factors affecting each and determine how density influences the number of deer hunters see.

Deer density is regulated by reproduction, recruitment and survival. In the deer world, habitat quality governs these parameters and plays a large role in the number of deer an area can support. Healthy habitats provide adequate nutrition and permit increased reproduction, recruitment and survival. Survival requires adequate food, cover and protection from predators. Forested cover can provide protection from four-legged predators and restrictions on the number, sex or age of animals available for harvest can provide protection from two-legged predators (hunters). In a nutshell, high quality habitats can support higher numbers of healthy deer while poor and/or degraded habitats support fewer, less healthy animals.

Deer sightability is regulated by habitat type, food sources and their availability, hunting techniques (stand/still hunting vs. driving), deer behavior, weather (temperature and precipitation) and deer density. Sightability in open habitats can be deceiving; even though you can see farther and should theoretically be able to see more deer, deer spend less time in open environments, particularly after being exposed to human pressure. Food sources affect deer movements and therefore directly influence sightability. Deer need to eat and are very good at finding the most palatable and nutritious food sources in their home range. Therefore, areas with little or low quality food typically have low sightabilities (even if the deer density in the area is high). Areas with abundant food often have higher sightabilities until human pressure causes deer to become less active during daylight hours (even low density herds can have high sightabilities in feeding areas).

Hunting techniques play a far larger role in deer sightability than many realize. Other than rutting activity, deer during autumn are content with a daily cycle of bedding – feeding – bedding – feeding, etc. This maximizes their weight gain for the upcoming winter and minimizes their exposure to predators. Unless hunters physically move deer (e.g., traditional deer drives), deer waste little time roaming aimlessly around or in areas with low quality food. Adult deer are masters at evading predators and they immediately alter their behavior and change their movement patterns at the sight, sound or smell of a predator. They are adept at hiding in cover and are well known for their nocturnal tendencies. Think about how easy it is to view a deer a week before deer season and how that changes after the season starts. Deer hunting for many hunters in Pennsylvania traditionally meant “deer drives” and it is easier to observe deer when you have several hunters working together. The majority of modern day hunters however, hunt from ground or tree stands and attempt to become “invisible” in the woods. Some hunters still “drive deer” but the technique is quickly vanishing. The difference on deer movement (and sightability) between these techniques is profound. Today’s woods have fewer hunters and those hunters move less. These add up to fewer deer being moved around and lower sightability. For example, take two areas of equal size with equal deer densities. Have 10 hunters “drive” one area and have eight hunters sit in a tree stand on the other. Even though both areas have the same number of deer, the deer on the area with more hunters who are “driving” will be more observable.

Weather affects sightability by influencing deer and hunter movements. During autumn, northern deer move more when it is cold and less as temperatures rise. On average, northern deer hunters follow the same pattern. Snow also affects sightability as it is far easier to view a brown object against a white background than a brown object against a similarly-colored background. Snow also helps hunters find areas of deer concentrations as they can follow their tracks. This statement is not belittling hunters, but is a fact that only a small percentage of hunters can successfully track deer on a regular basis without the aid of snow.