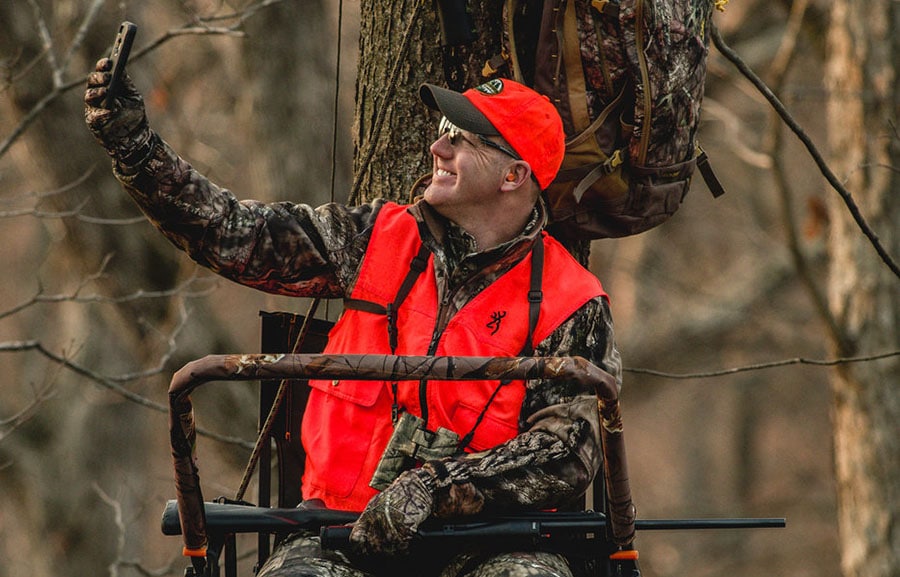 Learning to deer hunt can be challenging. While there are lots of great resources available, such as QDMA’s Guide to Successful Deer Hunting ebook, there is no replacement for experience in the field. Having a good mentor really shortens the learning curve, and that’s one reason QDMA places such a high importance on being a mentor to new or beginning hunters. But even with a great mentor, you will likely still find yourself making some common rookie deer hunting mistakes.

The truth is, I’ve been an avid deer hunter for over 30 years now, and I still find ways to mess up hunts on a regular basis. I don’t have near enough time to cover all those mistakes in one article — it would probably require a twelve-part series — so let’s take a look at five of the most common mistakes beginning hunters make and how to avoid each of them. In the comments section below, we’d love to hear which of these five you struggled with as a new deer hunter, or any additional rookie mistakes you would have included.

You didn’t practice enough with your gun/bow

It doesn’t matter how much you scout or how well you execute your hunting plan, if you can’t make the shot at the moment of truth, it’s all in vain. Too many new and experienced hunters alike don’t spend enough time practicing with their weapon of choice. This is particularly true for bowhunters, who typically require much more practice to maintain proper form and consistent shot execution. The best way to ensure you can make a great shot at the moment of truth is by practicing with your equipment year-round in as close to real hunting conditions as possible. For bowhunters, this may mean practicing from an elevated position and taking shots at a variety of distances and angles. For firearm hunters, it may mean practicing freehand shots from various positions. You won’t always have a nice solid rifle rest when that buck-of-a-lifetime presents a broadside shot. Going into the deer season well-practiced will give you the confidence you need to calmly execute a great shot under pressure.

You didn’t play the wind

Playing the wind is another one of those topics — like taking a soil sample before planting a food plot — that everyone knows to do and talks about, but it’s so easy to ignore. I know because I did it for years! And I am certain it hurt my success during that time.

Learning to be a successful deer hunter takes time. Books, videos and mentors can certainly speed up the process, but some things are only learned by trial and error.

Regardless of which “scent eliminating” products you use, you will never be 100 percent scent-free. It’s just not possible. Those products may buy you extra time to get a shot off, but the only surefire way to avoid being busted by a deer’s nose is by staying downwind of the deer. Of course to do so, you first need to have a good idea which direction the deer will come from. You will also have to be mindful of the wind direction at all times. Don’t just glance at the forecast and assume you’ll have a favorable wind the entire hunt. Keep some type of wind checker with you in the field — whether it’s one sold commercially or the natural fibers from a milkweed pod — so you know exactly what the wind is doing at your stand location. If at any time during your hunt, the wind turns unfavorable, slip down and move, or, if you have to, call it a day and head to the house.

You didn’t hang your stand correctly

If I had a dollar for every time I’ve climbed a tree with my climber or hung a hang-on stand only to later realize my setup was flawed, I could probably buy a few new stands! In some instances I was left facing straight into the setting sun, so my every movement seemed to be spotlighted for all the deer to see. Other times I realized I was completely skylined, or that I set up right on the trail the deer wanted to use, so I was never presented with a broadside shot.

We’ve already discussed the importance of making sure the wind is right in relation to our stand, but there are other factors to consider as well. When selecting a stand tree, always take time to assess the situation and look for any potential issues that may arise. First off, is the tree alive and safe to put a stand in? Are there any dead branches overhead that could potentially be a hazard? You’ll also want to consider if you will have any cover in the stand to break up your outline. You will need to know which direction, in relation to the tree, the sun will rise and set so you aren’t left staring straight into the sun on a morning or evening hunt. Also keep in mind from which direction the deer are most likely to approach. You’ll want your stand to be positioned in a way that allows you to get a shot without a lot of excessive movement. These are all things to consider before climbing into the stand for your first hunt.

You didn’t plan your entrance and exit routes

Just as important as hanging your stands in the perfect location is the ability to enter and exit those stands undetected. If you are bumping deer on your way to or from the stand, either directly or due to your scent traveling downwind, then those deer will quickly become educated to your presence and will likely change their patterns accordingly. Just like stand placement, good entrance and exit routes require some forethought. Once again, you will need to have a general idea of where the deer are going to be at the time you are accessing or exiting your stand so you don’t walk through or upwind of those areas. This may mean taking a longer, more difficult route to your stand, but the payoff should be less pressured deer and better odds of connecting on a mature buck.

You overhunted your stand

Overhunting stands was probably my greatest downfall as a young deer hunter, and through the years, I’ve caught myself slipping back into that same trap more than once. Initially, it was out of necessity. When I first started hunting, I only had a small 30-acre woodlot to hunt, and the thought of waiting until the conditions were just right never crossed my mind. I loved to deer hunt, and I made sure I was out there every chance I got. That resulted in me hunting the same areas over and over and, as you might expect, I saw fewer and fewer deer as the season progressed.

The research is clear that deer, particularly mature bucks, respond quickly to hunting pressure. That’s why it is critical to have multiple stands to hunt, and even better if you have multiple properties. Don’t overhunt any one stand, and if you really want to maximize the potential of a stand, stay out of the area until the conditions are just right. This may mean fewer hunts overall, but the quality of those hunts should be better, and your success rate should improve.

Learning to be a successful deer hunter takes time. Books, videos and mentors can certainly speed up the process, but some things are only learned by trial and error. Hopefully by highlighting some of the more common rookie deer hunting mistakes, you can bypass some of these pitfalls and more quickly become a successful deer hunter. When those inevitable mistakes do happen, make it a learning experience and remember that deer hunting is all about the experience and not just the end result.