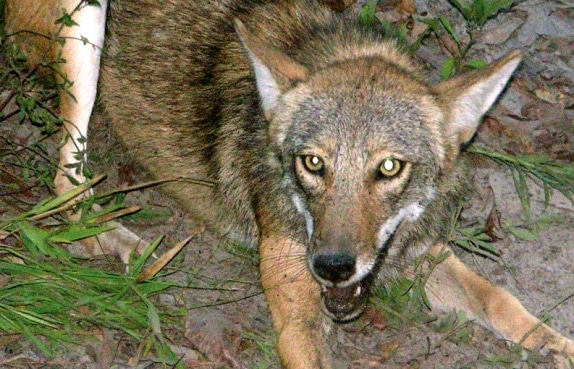 I was really impressed by the number of people who shared their thoughts on identifying the potential predator that killed one of our fawns in our research project. To those of you who commented on that last post, many thanks! Now, let’s talk about the culprit.

To review the facts, a severed fawn head was recovered from beneath a few inches of soil with its tracking collar still around its neck. Although there was no blood or any other evidence observed at the scene, this alone was enough for us to identify the probable culprit in this fawn’s death. To rule out a couple of potential predators, we considered the region and study area. There are no black bears present in southwest Georgia, so that was not an option. Also, due to the nature of our research site and the area where the fawn was recovered, it was unlikely to be a wild dog. Therefore the only two possibilities were a bobcat or a coyote. As many readers mentioned in their comments, bobcats will “cache” their prey. However, bobcats tend to not disturb the soil and will more commonly scrape leaf litter or branches over their prey (Click on and examine the photo I provided in the Gallery below as an example of bobcat caching behavior). On the other hand, a coyote will very commonly bury its prey beneath a few inches of soil. This, along with the bite marks and hemorrhaging observed at the lab, gave me enough cause to chalk this death up as a “probable coyote.”

Some of you may be asking yourselves why I did not definitively state that a coyote was responsible for this death. Unless I take swabs of fawn carcasses to try and obtain the predators’ DNA from saliva in the bite wounds, I will never know for sure. As with “CSI” in real life, DNA gives the most accurate answer. Regardless, for the purposes of my project, my research collaborators and I felt that we do not need to take DNA swabs because the evidence gathered at mortality sites is more than enough to tell a complete story. That story being: We know that predators (namely coyotes) are having an impact on fawn recruitment, and this death along with all other fawn deaths will be compiled into a survival analysis. The results of this analysis will predict the likelihood of a fawn surviving on a day-to-day basis on this research site. It will also help me understand if fawn recruitment is what it should be on my research site and decide if further steps need to be taken to keep fawn recruitment rates on the right track.

To date, in my study I have captured a total of 28 fawns. Of those fawns, 26 are going to be included in my survival analysis (if you remember from a previous article, two of my fawns were captured in our predator exclosures, so they are going to be excluded from any survival analysis because they are not at risk of being killed by predators).  Overall thus far, the mortality numbers in my study have not been as staggering as some other fawn survival studies in the Southeast. Of those fawns that have died, only one death has been attributed to starvation and the rest have been chalked up to a few “probable coyotes,” one “probable bobcat,” and a few “unknown predators” where there was no evidence found at the scene.

The results of my study will help give a more complete picture as to the level of, as well as variation in, predator impact across the Southeast. Check in again soon at QDMA.com for more fawn-research reports from the field! 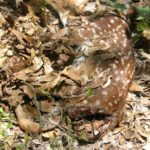