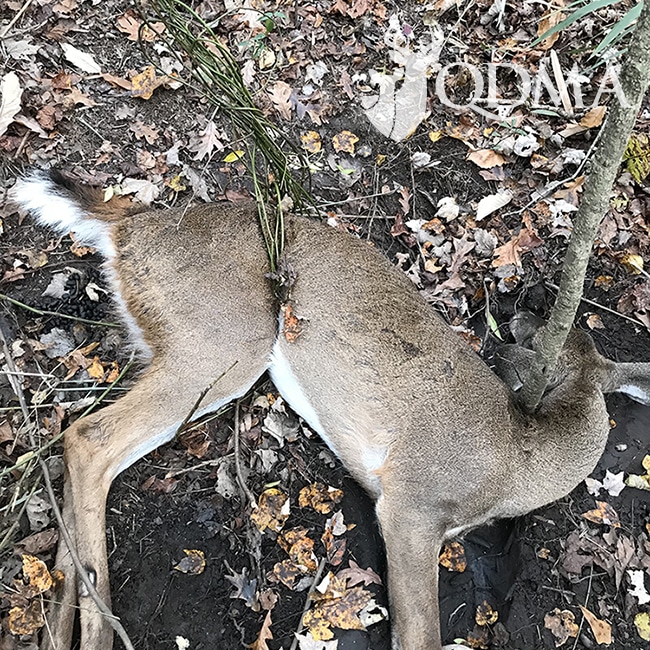 On the average day, greenbrier vines (or Smilax) take it on the chin from whitetails, as this native evergreen vine is highly preferred deer forage and is usually being stripped of every leaf in reach of deer. But last fall in North Carolina, the greenbrier vines got the upper hand.

The photos on this page come to us from QDMA member Brad Williams of North Carolina. Brad wrote:

“I am sure that you folks at QDMA get a lot of stuff sent your way, but I thought you might find the attached photos interesting and perhaps rare. My son and I were heading to a stand for a Thanksgiving day hunt when we ran across a dead yearling doe. After investigating the scene, it quickly became obvious to me that this doe had succumbed to strangulation by briars. It was a sad scene, and she had obviously kicked, scratched and fought trying to free herself from the vines to the point that her legs were worn raw and furless in places. My guess is that the more she struggled, the more the noose on her abdomen tightened. I told my son that in my 30-plus years in the woods, I have never heard of nor witnessed such an event, but while tragic for the doe, it was a great reminder that Mother Nature never ceases to amaze!” 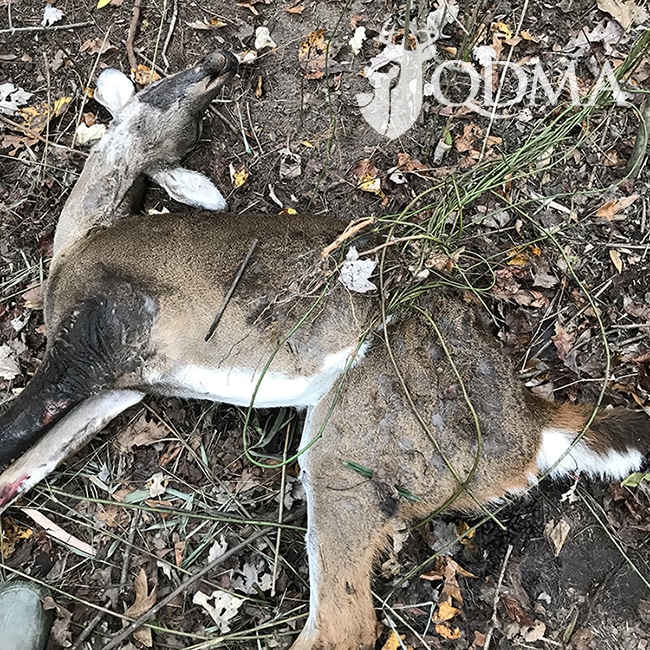 There seems to be no limit to the number of bizarre ways deer are injured or killed in the wild, and over the years QDMA has received photos of a broad range of them. Though deer are extremely resilient and can survive extreme conditions and serious injuries, sometimes that resiliency fails them, as in the case of this doe. She may have even been browsing on greenbrier when she became entangled. Any hunter who has ever tripped over or gotten tangled in a greenbrier vine knows how tough a single strand can be, but breaking or tearing through several vines bunched together would be extremely difficult. Unable to free herself, the doe most likely died of exhaustion combined with thirst. 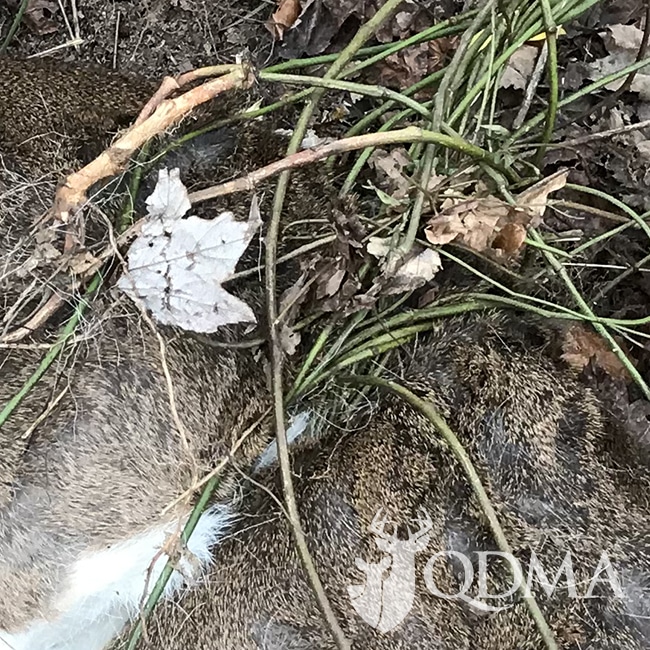