The vast majority of Americans approve of hunting according to Responsive Management, an internationally recognized survey research firm in natural resource and outdoor recreation issues. A recent survey in conjunction with the National Shooting Sports Foundation revealed the current approval rating of hunting by Americans 18 years of age and older is the highest it’s been since Responsive Management began monitoring approval rates in 1995. During the past 25 years, overall approval of hunting has steadily grown from 73 to 80%. During the same time frame, overall disapproval of hunting has declined even more rapidly from 22 to only 13%. 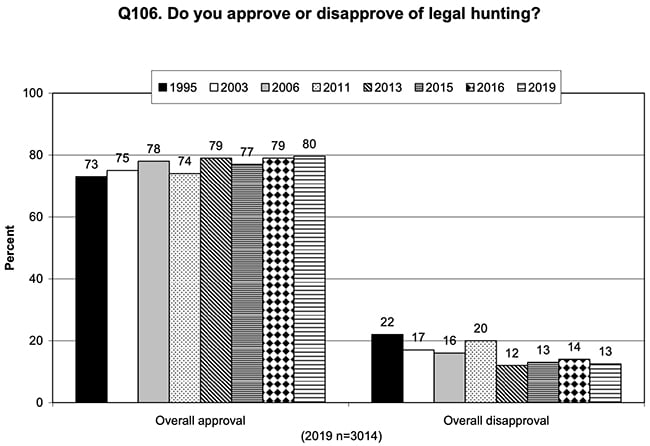 Not all hunting is the same though. Hunting for wildlife management, for the meat, and to protect humans from harm have the highest approval ratings at 82 to 85%. Conversely, hunting for sport is only approved by 50% of Americans, and approval for trophy hunting drops to a mere 29%. Not all species are viewed equally either. Deer and turkey hunting rank highest at 78% approval, while predators rank much lower with bears at 40 to 44% and mountain lions at only 38%.  African lions and elephants received the lowest ratings at only 7 to 14% approval. 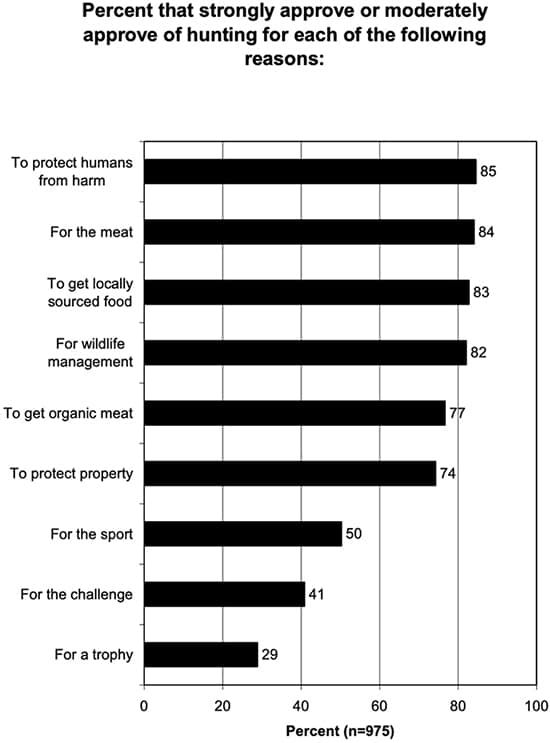 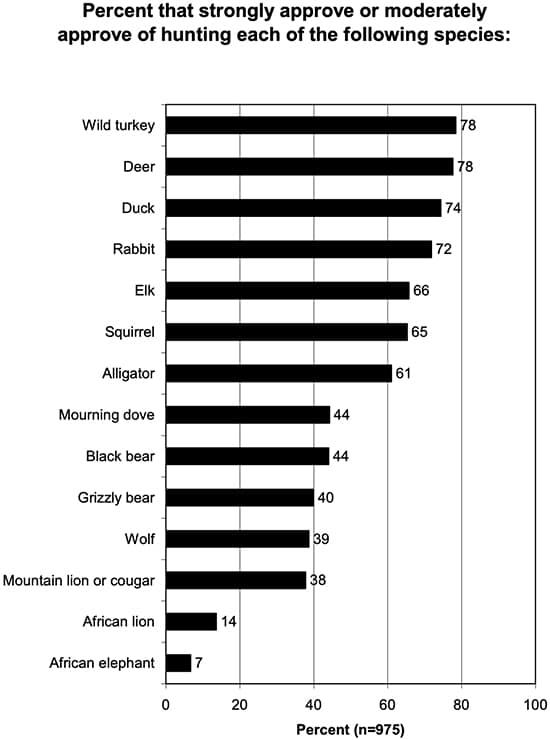 I encourage you to review the full report. We can debate the nuances of hunting approval until the cows come home, but the key message is hunting is currently receiving a historically high approval rating. This is great, and it’s aided by current hunters projecting a good public image to society, being well educated on wildlife management and habitat enhancement, becoming increasingly engaged with their state and provincial wildlife agencies, and by sharing their bounty with others. QDMA members alone shared over 5.8 million venison meals and donated another 7.3 million meals last year. Whether or not you hunt, it’s easy to approve of that.