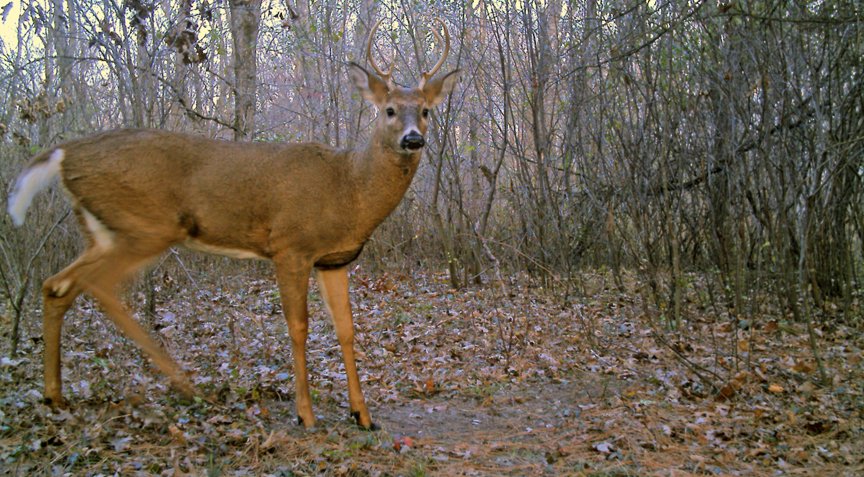 Since “Age This!” was launched in 2007, it has become a popular segment of QDMA’s Quality Whitetails magazine (In “Age This,” member-submitted photos of bucks are studied by a panel of five wildlife biologists who provide their estimates of each buck’s age, along with their reasons for the estimate). Aging bucks in photos is not an exact science, thus the photos are reviewed by a panel of qualified experts rather than just one. Though the panelists often disagree over the exact age, there is almost always a consensus age suggested by at least three of panelists.

Since you may be on your own when you are aging bucks in your scouting or trail-camera survey photos, here are some tips for increasing your accuracy.

When you are estimating ages in your own photos, remember that most management decisions in a QDM program can be addressed if you can sort into three basic groups:

If you feel confident, you can attempt to separate 3½-year-olds from all older bucks, but error rates are likely to increase with each age class you attempt to separate. If you need to accurately separate age classes older than 3½, get assistance from qualified local experts.

Aging is much easier when a photo gives you a view of all the characteristics you need to evaluate. This is accomplished in one of two ways: 1) the best photo angle and 2) multiple photos of the same buck.

The best angle for aging is broadside, because this view reveals the curve of the back, the girth of the stomach, and the depth and development of the shoulders and hams. Additionally, a “head-up” broadside shot is better than a head-down shot. Only with the head up can you view the girth of the neck and the height of the junction of the neck and body. Finally, a “standing” broadside buck is preferred to a walking buck caught in mid-stride.

Multiple photos of the same buck allow you to confirm your assessment of these characteristics from different distances and angles. Many times the angle and light quality from one shot to the next can change the appearance of age, so the more photos available, the better.

Both of these goals can usually be accomplished by using an attractive bait (if allowed by local regulations) and using a short delay between photo triggers on your trail-camera. Bait, when placed in a small area directly in front of the camera, will ensure that most deer visiting the site will remain standing in front of the camera for several minutes (in areas where baiting is not allowed, a scrape can serve the same purpose). A short delay ensures the camera will take multiple photos during the visit. Feeding deer will intermittently raise their heads to full alert posture, and with a short delay your camera stands a better chance of capturing any buck in a heads-up posture at least once.

Be sure to locate the bait the optimal distance from the camera to capture a detailed photo (about 15 feet for most cameras). Confine bait to a small space in the center of the camera’s field-of-view to ensure the entire deer is in the frame while the camera is being triggered.

The ultimate method for checking the accuracy of your estimates is to get your hands on the buck! If you harvest a buck that had previously been captured in trail-camera photos (and for which you had estimated an age), pull a jawbone, and also extract an incisor tooth from the lower jaw. Have this incisor tooth sent to a lab that analyzes cementum annuli rings to produce an age estimate. Use toothwear and cementum-annuli results to check your photo estimates, and over time you can fine-tune your skills at aging local whitetails.

If you’ve captured some ideal aging photos of bucks, why not submit them to be considered for “Age This!”?