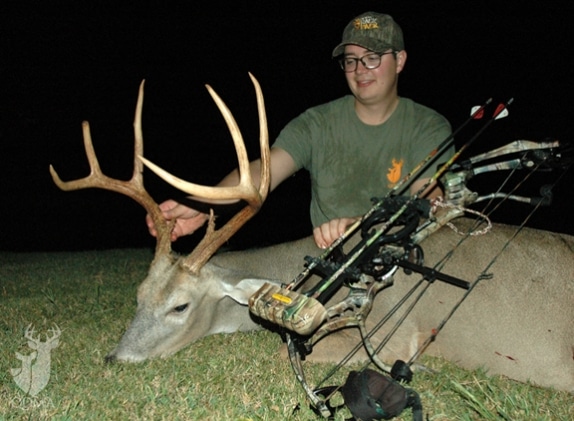 Where is the line that separates bucks you will try to kill this year from the bucks you won’t? Maybe it’s between bucks with six antler points and those with more. Maybe it’s based on inside spread, beam length or gross score. With a little homework using local information, you can devise an antler-based rule that will protect almost all of the most important group to protect: yearlings. A little tweaking can protect most 2½-year-olds too, if you desire. Either way, you can begin enjoying the excitement and rewards of hunting a population with more bucks age 3½ and older. The catch is,some number of those older bucks won’t qualify for harvest under your antler-based rule.

A recent study by Dr. Will Gulsby, who earned his doctorate at the University of Georgia Deer Lab and is now a professor at Auburn University, looked at bucks harvested on 11 central Georgia Wildlife Management Areas from 2003 to 2013. Among Will’s findings was this: A hypothetical rule requiring 16-inch beam length or 15-inch inside spread, while successfully protecting 99 percent of yearlings, would unfortunately have protected 35 percent of 3½-year-olds and 13 percent of bucks 4½-plus – nearly a quarter of all bucks 3½ and older! A rule requiring at least four antler points on one side would protect 96 percent of yearlings but 19 percent of 3½-year-olds and 11 percent of bucks 4½-plus. (Remember, these protection rates apply only to the local deer populations studied and not necessarily to yours, because antler-size potential by age class varies geographically). This, of course, is not good. Losing opportunities to kill mature bucks because of a technicality is a waste. Someone could be excited to take a mature buck home with them at the end of a great hunt, not to mention the venison!

Antler-based rules are widely used because they are convenient. It’s far easier for a novice hunter to count antler points or study ear width than to be expected to judge age accurately based on body characteristics. But the ultimate fix is to bring age back into the formula somehow. For example, the hunting club at Ames Plantation in Tennessee uses a minimum gross score to protect yearlings and 2½-year-olds, but any buck 4½-plus is eligible regardless of antler size, as long as an expert confirms the age using the jawbone (QDMA members can read about the astounding QDM success at Ames Plantation on page 44 of the October/November issue of Quality Whitetails).

Make age the cornerstone of your knowledge about local bucks. Include shears and a jawbone extractor in your skinning-pole equipment, and save a jawbone from every deer you kill this season. Get a local wildlife biologist to analyze them, or watch our video series to learn the jawbone aging method. By ensuring your harvest criteria protect the right bucks and not the wrong ones, you’ll get even more enjoyment out of hunting a herd that is turbo-charged through QDM.