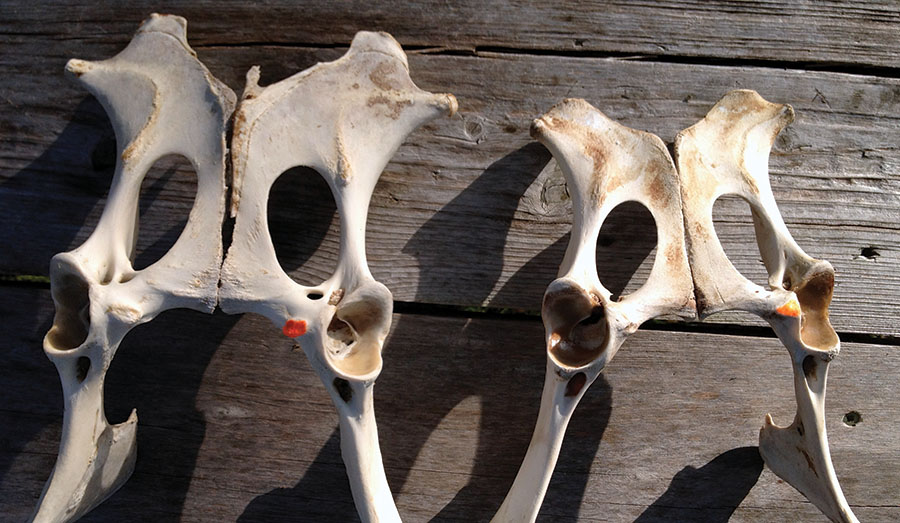 My deer season had been over for three weeks, and many managers were already using prescribed fire, an age-old practice of enhancing wildlife habitat. Several days of rainy weather gave way to a blue sky, so on a mid-January day I decided to take a stroll in the temporarily blackened deer woods. It was a bit early to have any hopes of finding a cast antler or two since our deer were fat and sassy from unseasonably warm weather throughout the fall and an abundant acorn supply. I’ve observed over the years that these conditions send bucks into the winter in great shape, and they often retain their antlers even until early March. In contrast, antler casting occurs much earlier, sometimes before the hunting season ends on January 1, following harsh weather and poor hard mast production.

Walking through a recently burned area revealed deer trails that previously were masked by thick ground cover. The black background also yielded a sharp contrast to other deer artifacts. That day I happened upon a skeleton. The bones were scattered about and offered no clue as to the cause of death. Had it been wounded during the season and not retrieved? Did it succumb to EHD (epizootic hemorrhagic disease) last August? Was it struck by an automobile on the nearby highway? Was it a buck or doe? This last question I could not answer immediately because the skull was missing. Had someone discovered the skeleton before me and removed the antlered skull?

A jawbone indicated that the animal was 3½ years old, but was there a clue among the remaining bones to reveal the sex? Yes! Examination of the pelvic girdle ended my concern that the antlered skull had been “collected” by someone else. The skeleton was definitely that of an adult doe. You can use the following information to solve similar problems.

During my final years in graduate school at The University of Georgia’s School of Forest Resources, a wildlife professor and a couple of classmates were conducting a study to identify pelvic girdle criteria for sex determination of deer. The results were published in the Journal of Wildlife Management in 1982, and you can add what they learned to your arsenal of deer trivia.

The IPE is an acronym for ilio-pectineal eminence. The IPE is obvious in whitetails at least one year old and becomes more prominent in older animals. You can sort bucks from does based on the location and shape of this bony growth. In does, the IPE is usually flattened or shelf like, with a sharp edge. It is located on the rim of the hip socket. The IPE in bucks is a rounded or oval protuberance about the size of a garden pea that is located ¼ to ½ inch from the socket’s rim. Determining the sex of a younger whitetail (less than 1 year) is difficult due to incomplete bone ossification, and the IPE is either lacking or exhibits inconsistent shape.