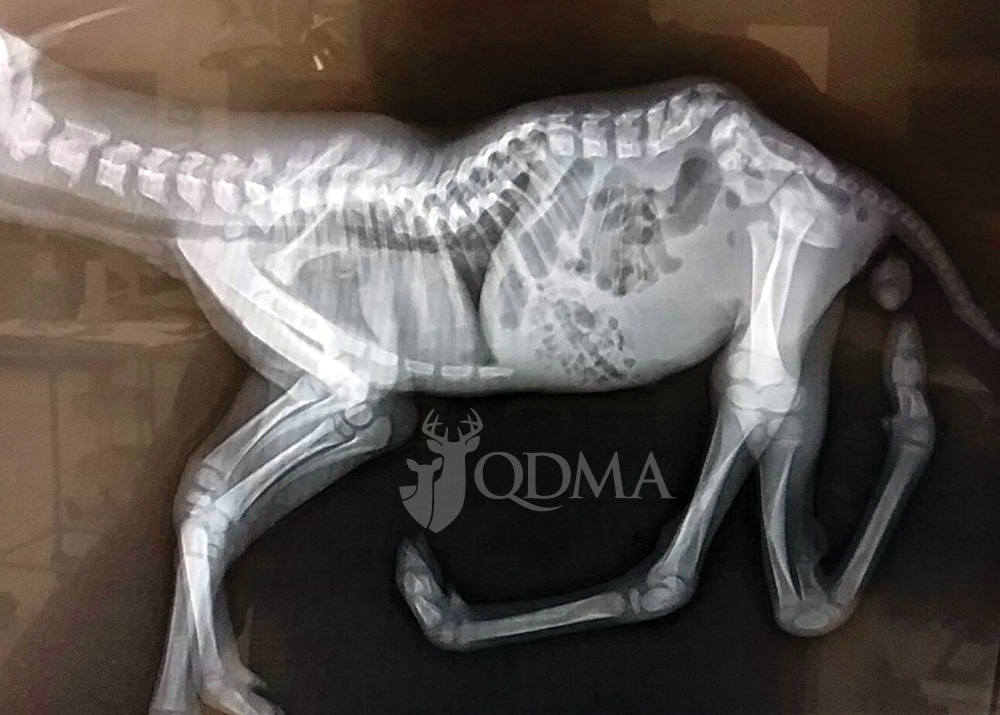 Missy Runyan, a wildlife rehabilitator in Hunter, New York, responded to a call about a fawn in distress on May 24 of this year and found an almost completely white, piebald fawn with severe birth defects. Due to significant internal problems, the fawn did not live long, but Missy had it x-rayed to get an internal look.

Piebaldism is a rare genetic anomaly in whitetails that can include a range of potential deformities, from coat coloration to skeletal alignment, from mild to severe. This is because some of the same genes that code for coat color also code for other physical traits. Shortened or crooked legs, hooves and spine are sometimes part of the visible problems, and as you can see from the x-ray that Missy shared with QDMA, this fawn was an extreme case. It had a severely crooked spine, twisted legs and malformed hooves. Here’s a look at the fawn from the outside. 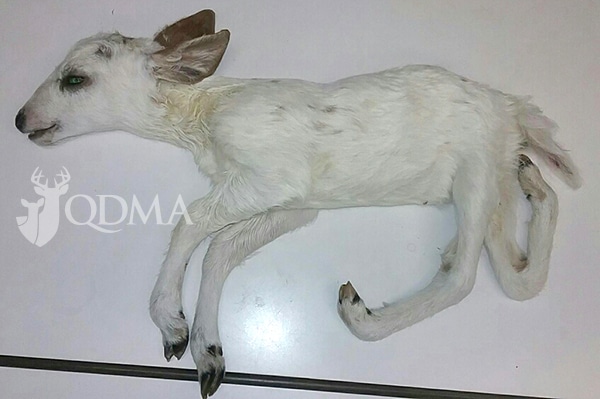 Deer born with milder symptoms of this rare condition often live normal lives and are seen by hunters. Some might have only a few outward signs of the condition, such as small patches of white hair, while others might be mostly white with noticeable problems like dwarfism or arched spines. I’ve seen reports that less than 2 percent of deer are piebalds, which is rare but still more common than completely albino whitetails.

Piebaldism is a recessive trait; it is believed that both parents must carry the recessive gene for there to be a chance that they will produce piebald fawns. It’s also possible for a piebald doe to reproduce and bear normal fawns, as seen in this photo captured by QDMA member Allen Dykes. 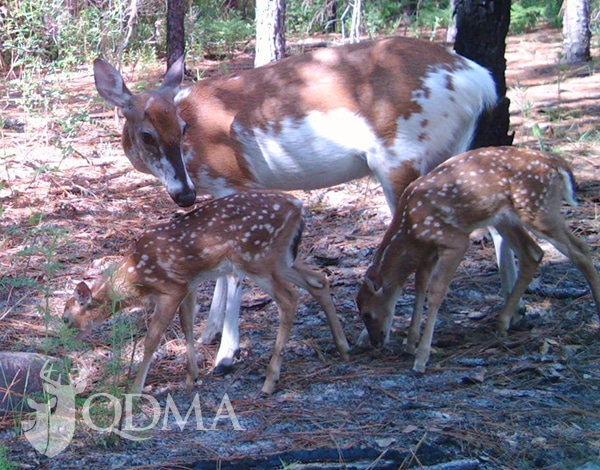 And in this photo is what appears to be a doe that raised two fawns, one normal and one piebald. Remember that research has shown that about 25 percent or more of twin or triplet sets of fawns actually involve multiple bucks, so we can’t be sure that these two fawns share a father. 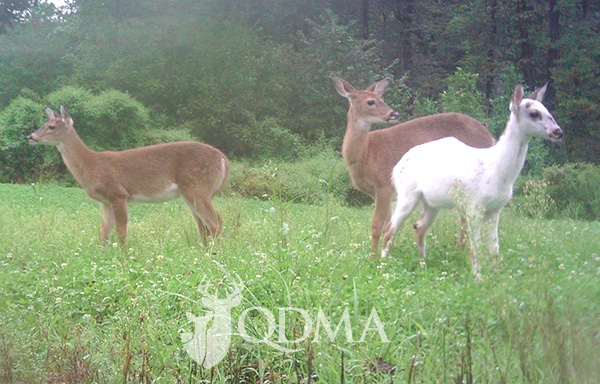 This photo taken by a trail-camera belonging to Bruce Gray of Alabama shows a healthy, mature buck that appears normal except for scattered patches of white hair. 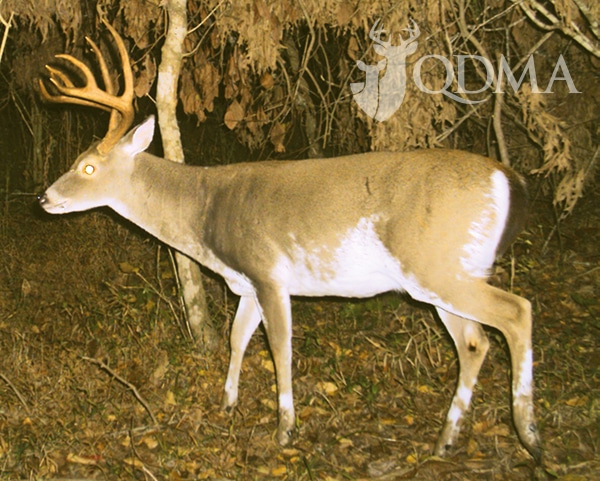 This photo, sent to us by Brandon Dilliston, shows a buck with a little more white covering its body, but it also has some additional issues, like shortened legs and an arched spine. Obviously, these deformities were not severe enough to prevent the buck from surviving to adulthood. 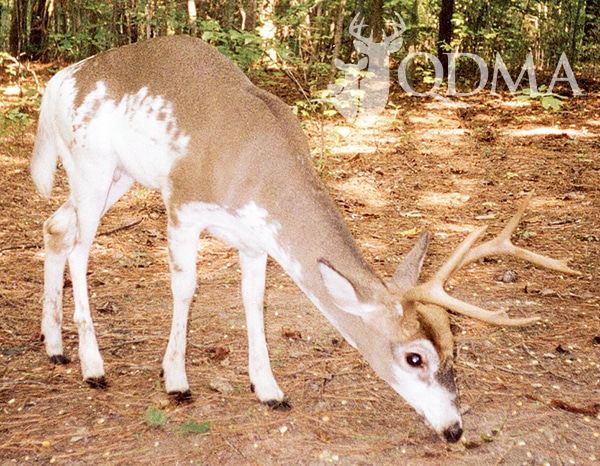 Finally, below is a video we filmed in June 2014 when a piebald fawn was born at the University of Georgia’s Deer Lab research facility. Much like Missy’s New York fawn, this one also had severe deformities and did not live long. Its mother and sibling were not piebald.

Though we don’t fully understand the genetic misfire that produces piebald deer, we know you should consider yourself fortunate if you see one where you hunt. Don’t worry, it’s not a population problem to worry about, and you can’t “fix” it by harvesting the deer intentionally, but if you’d be happy taking such a rare deer home with you and it’s legal where you hunt, by all means enjoy.