Over the past few years, we have noticed that Field to Fork participants who were not born in the United States always have a similar curiosity about hunting, aside from their food interest. Usually, hunting is illegal or severely restricted in the country where they were raised. When Joerg Mayer, an associate professor of zoological medicine, entered the program this year we found out his story was no different. He was raised in Germany where hunting is extremely cost-prohibitive and, unlike the United States, wildlife is not held in the public trust with access for everyone.

During the introductions on the first night of the 2019 program, we asked everyone to tell the group what inspired them to sign up for Field to Fork. Joerg got straight to the point.

At that point, I was confident he was a perfect fit for the program.

The afternoon of the first hunt, Joerg’s mentor David Kidd shared a treestand selfie on the mentor group text.

Shortly after the selfie, David followed with: “Buck on the ground. We’re waiting because we have does around. Joerg is going for the trifecta!”

They didn’t end up getting another shot that day, but Joerg couldn’t have been more excited about harvesting and cleaning his first deer. Joerg’s buck also served as a field-dressing and processing demonstration for the other 2019 participants, who gathered at QDMA Headquarters with their mentors that night after the hunt (below photo). 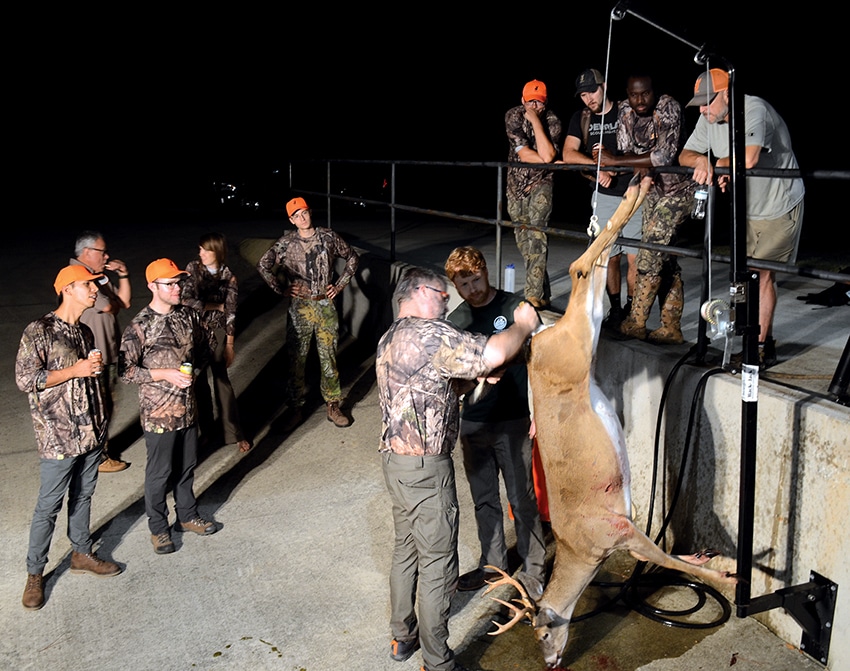 Joerg was actually headed out of town that evening, so after he quartered the deer, we kept it on ice for him until he was able to retrieve the cooler and squeeze it into the back of his Tesla. He didn’t waste any time getting to work on smoking some of the venison in his Big Green Egg, and he mentioned the satisfaction he felt from knowing he was responsible for putting that meat on the table.

One of my favorite parts of Field to Fork is the culinary social, not so much for the food (even though it is always excellent), but more for the stories all of the participants share. Being a lifelong hunter, I sometimes forget what it feels like to go hunting for the first time, and the way the participants articulate their experiences really resonates with me. I jotted down a few notes on some things that hit home when Joerg was sharing. In reference to his feelings after his first harvest he said, “I wasn’t happy. I had just killed an animal. I wouldn’t say I was proud either, more that I felt lucky to have this experience. I find it hard to put it into words, but I guess I would say that it was an intense and powerful experience that I will cherish forever.”

There are several ways you can help QDMA recruit and mentor new adult hunters like Joerg in your community. Through the end of 2019, QDMA is asking for donations of at least $200 (the average cost for the organization to recruit one new hunter through Field to Fork), and in return you’ll receive a new Moultrie trail-camera. Or, start a Field to Fork program in your community. To find out how, contact Hank Forester, QDMA’s Assistant Director of Hunting Heritage. 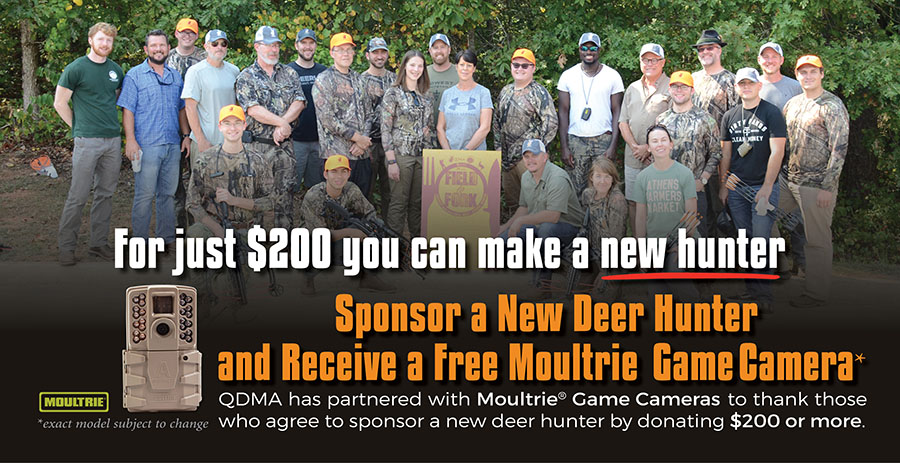 Charles Evans earned his bachelor’s and master’s in wildlife biology from the University of Georgia and now works for the Georgia Wildlife Federation as the Georgia R3 Coordinator. His position – which is also supported by QDMA, NWTF, Safari Club International and Georgia DNR-WRD – was created to increase hunting participation and societal acceptance of hunting in Georgia.