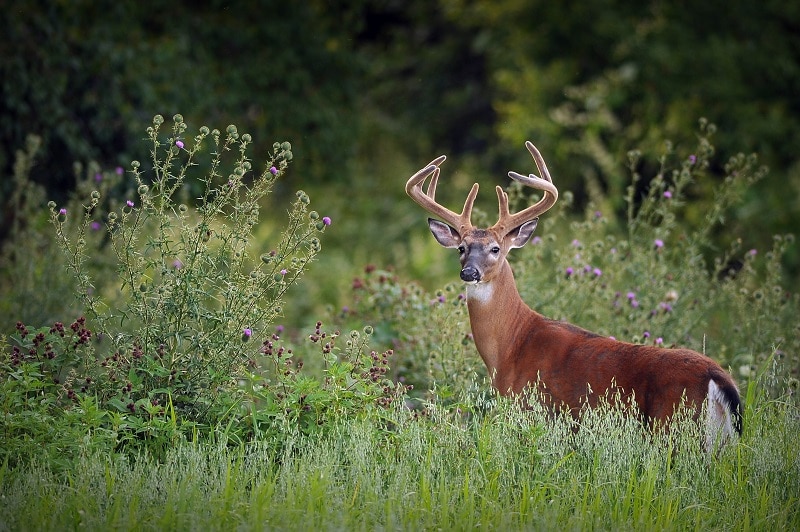 The National Deer Association (NDA) welcomes the recent introduction of the bipartisan Chronic Wasting Disease Research and Management Act by Reps. Ron Kind (D-WI) and Glenn Thompson (R-PA). The NDA is proud to endorse the legislation, joining a strong group of conservation and industry organizations. The Act will support management efforts and research to combat chronic wasting disease (CWD), which is a contagious, neurological disease affecting deer, elk and moose that is always fatal.

The research section authorizes funds to be spent on:

The management section authorizes funding for State or Tribal wildlife agencies and departments of agriculture, with the following funding priorities:

The bill also includes authorization for USDA and state and tribal agencies to develop educational materials to inform the public on CWD and directs USDA to review its herd certification program (HCP) within 18 months of passage.

The NDA is dedicated to ensuring the future of wild deer, wildlife habitat and hunting. The NDA outlines deer diseases as a critical focus area and slowing the spread of CWD is of primary concern. CWD is one of the largest threats to wildlife conservation that we have encountered over the last century. As many state, Tribal and federal agencies have learned, preventing the spread of this always-fatal disease is a daunting task and early detection and rapid response once the disease is found is critical for long-term management. Through our extensive work on this issue across North America, we know that proactive research and testing – especially in known or at-risk CWD areas – is critically important to the management of the disease and wild deer herds. Undoubtedly, federal leadership and coordination in research and testing efforts is necessary.