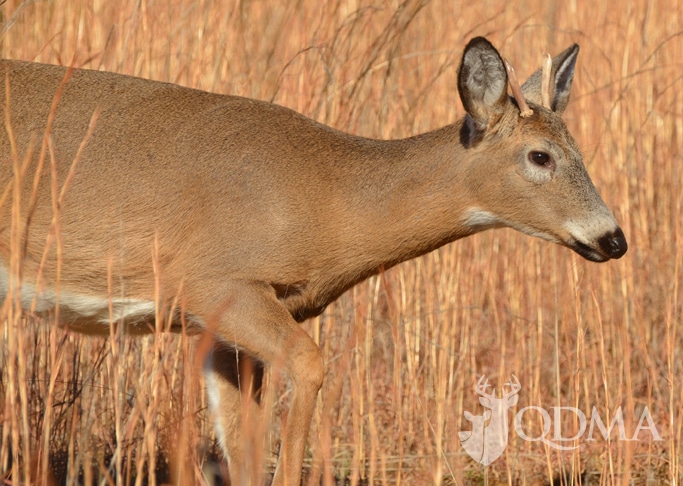 I was struck recently when I uttered the word “potential” when describing a great up-and-coming young buck to a friend while perusing late summer trail camera pictures from a property we both hunt. I paused and thought, why did this particular buck have potential? Most hunters would use this adjective upon seeing a buck with above-average antlers for his age; and, that was the case with me as well. Sure, given a chance to get older, the buck in question would likely continue to grow each coming year, and before you know it we’d be hunting a record-class deer. But, it made me consider the fact that I may have misused the term. What about the seemingly endless number of images of average or below-average young bucks we had just toggled past? By the true sense of the definition, didn’t they have potential as well? There are certainly plenty of examples out there of spike bucks that turned into giants with time; so, I knew that I couldn’t accurately predict one buck’s future with a superficial glance. Likewise, the capacity for anyone or any thing’s greatest achievement is open to be written.

Another way to think about this may involve the following scenario: Imagine sitting on the sidelines of a boys’ basketball game at your local high school. A quick scan of the pre-game lineup draws your eyes to the tallest player, causing you to assume he’s likely the best player on the team. What you didn’t notice was the All-Star shooting guard who can hit a three-pointer from nearly 30 feet. NBA-star Spud Webb is only 5 foot 7 inches, and he was awesome.

You know what Mom always says, “Don’t judge a book by its cover.”

Similarly, don’t look past the potential of that family member or friend you hunt with who may embody different ideals in deer hunting than you do. Same goes for that neighbor you’ve heard through the grapevine who “shoots everything that walks.” They all have potential, too.

Case-in-point, I hunt on a QDM Cooperative in eastern New York, and together the landowners, hunters and I all agreed (after a few seasons under our belt) to target 3 ½ year-old or older bucks and to protect anything younger. One year a large-antlered 2 ½ year-old buck was quite visible as summer faded into fall, and the call went out to everyone pre-season to let him go if an encounter occurred. Fifteen minutes after sunlight dawned on opening day that same buck was dead…by a Cooperative hunter’s bullet. Many would have written off the hunter who killed him and asked them to leave. We didn’t. In fact, we fostered his desire to learn more about aging deer, habitat management and other QDM-related topics. Today, that same person is one of our leading hunters who regularly initiates habitat work, shows up for bonus Cooperative activities and can now confidently make the call on borderline deer. Sounds like potential to me.

Finally, a lot of deer hunters blame their poor hunting on the excuse that they live in a state/province or region or neighborhood that is inherently doomed because of this reason or that. I say that in those situations, the word potential is ripe for use. You can always improve ground through QDM, no matter where you are or who lives next door. To do so, get involved with QDMA and learn more about deer and habitat management, hunting strategy, how to form Cooperatives and much more, and before you know it you’ll realize your greatest potential.

Believe it or not, even though the exercise of deer hunting typically ends in death of another living creature, our pastime is inextricably tied to the concept of potential. To being positive. To hope, desire and opportunity. In fact, even as I sit here awaiting this year’s season opener, I guarantee you there are literally millions of hunters across North America right now who are thinking about what is possible in 2016, and not focusing on what could’ve been from last fall.

So, whether we’re talking about an individual buck or a property or even a fellow deer hunter – we all have potential. Potential to improve ourselves and what’s around us, and certainly the potential to focus on the positive and not dwell on the negative. Sharpen those pencils, people. You can write your own future, and QDMA can help you make it bright.