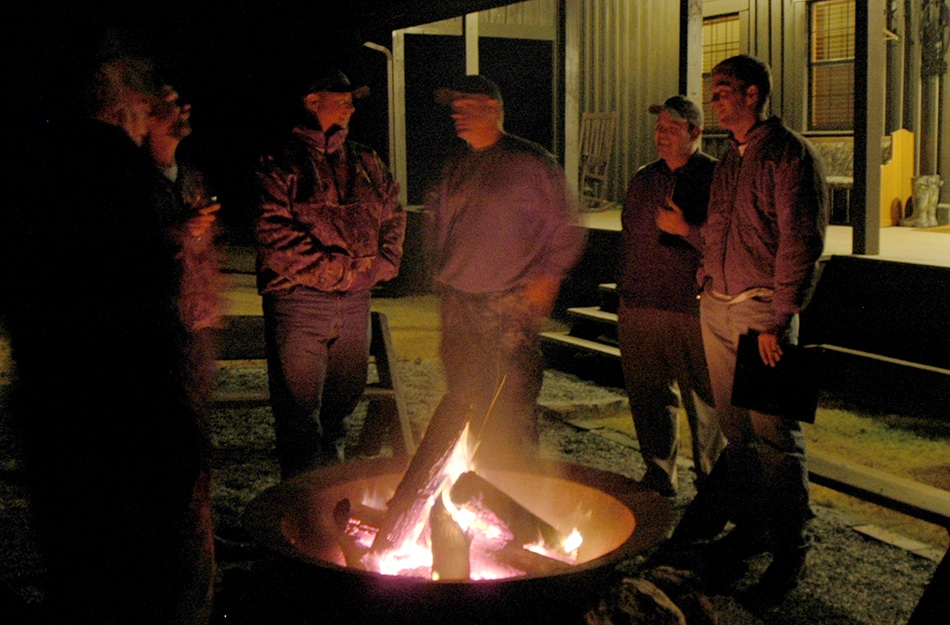 The man who lived across the road from Ryan Furrer’s hunting land was also a hunter. Ryan knew that much because he could see deer stands on his neighbor’s Pennsylvania farm. Ryan thought about going over to introduce himself to his neighbor, establish a connection, and maybe ask if the neighbor had any interest in a neighborhood Quality Deer Management effort.  But he hesitated.

“Every time I saw him, he was on his tractor,” Ryan told me. “He was a busy farmer, and I didn’t want to bother him. I figured he probably didn’t get much time to hunt and probably wouldn’t be interested in QDM.”

Months later and hundreds of miles away in Kentucky, Ryan – who is QDMA’s Senior Regional Director and Field Supervisor –  was at the 2015 QDMA National Convention taking down information from folks who had won firearms in Convention raffles. While filling out someone’s address information, Ryan saw that this particular gun winner lived in the small Pennsylvania town near his own hunting land. Ryan mentioned that he hunted near that town. They exchanged a few landmarks to narrow down the locations where each hunted, and it soon became obvious: Ryan was looking at the farmer from across the road.

His name is Craig Sweger. Not only is Craig an avid hunter, turns out he is also a QDMA member and has even completed Level II of QDMA’s Deer Steward program. Suffice it to say he was interested in a neighborhood QDM effort. Ryan and Craig have kept in close touch ever since, swapping trail-camera images of bucks, talking habitat improvement, and sharing hunting success stories. Craig recently offered Ryan his farm for a QDMA Branch youth hunt.

I could own both of those properties in Pennsylvania and win a lot of guns of my own in raffles if only I had a dollar for every time I’ve heard this story: “Deer hunter assumes neighbor isn’t interested in QDM although they’ve never met.”

Meeting new people is not easy. Research suggests that as much as 40 percent of us can be categorized as having “shy” personalities. Many more of us who are not clinically shy still don’t find it easy to stride up a driveway to knock on the door of a stranger.

But there are many potential rewards for hunters who coach themselves through a victory over their shyness. In most cases, you will find you were mistaken about the neighbor. He or she probably also assumed you weren’t interested in QDM and hadn’t bothered to contact you, either. This is not just a guess on my part, it’s a familiar outcome to anyone who has participated in a QDM Cooperative. You generally find strong interest in QDM and enough buy-in from surrounding hunters and landowners to proceed with group goals in spite of a few holdouts. And the holdouts often join in later.

We hope to see you at the QDMA National Convention every year, but don’t expect to get as lucky as Ryan and bump into your neighbor there. If you don’t know your hunting neighbors, jump the fence and introduce yourself now, before another hunting season is over. You’ve got nothing to lose.