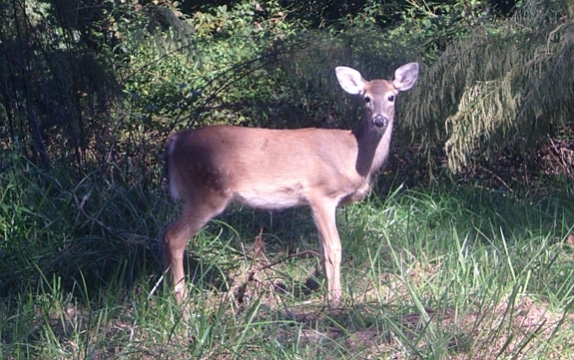 Here in Georgia, the 2013 season opens on Saturday.

This season marks the second year in a row I’ll get to truly hunt the entire season. Prior to becoming a QDMA employee, my hunting opportunities were severely limited due to work obligations. I would get the chance to hunt maybe one weekend a year, and some years went by without any opportunity to step foot in the woods.

So last year, presented with the ability to hunt the 23-acre property here at QDMA National Headquarters, I was determined to take full advantage of this new opportunity and hunt often.

Over the past year, I’ve read or heard a few stories of how much hunting pressure can have an effect on your success. So as I started preparing for this season, I gave some thought to my hunting observations from last year, and it wasn’t hard to figure out that the amount I hunted last year had an impact. But I wanted to know exactly what the numbers looked like. So this week, I pulled out the log of observations I kept and put the data into a chart.

I knew I had “hunted often” in 2012, but the chart showed me exactly how much. I hunted the same stand 15 times and observed 34 deer in a total of 39 hours (0.87 deer per hour hunted). In addition, fellow employees also had a couple hunts from my stand, and one even took a deer from it (I did not).

What really surprised me with this chart was something I didn’t realize at all last year. I didn’t see a single doe or fawn after October 15 when hunting this stand.

The easy deduction is that the stand was hunted too much. However, further examination shows another factor in play. The one deer taken from the stand last year was taken with a muzzleloader on October 19, the last day of primitive weapons week. Firearms season then opened on October 20. While I was hunting with family on another property that opening weekend of firearms season, other QDMA employees reported hearing several shots taken by neighboring properties.

So what did I learn from my observations last year that I’ll take into this season?