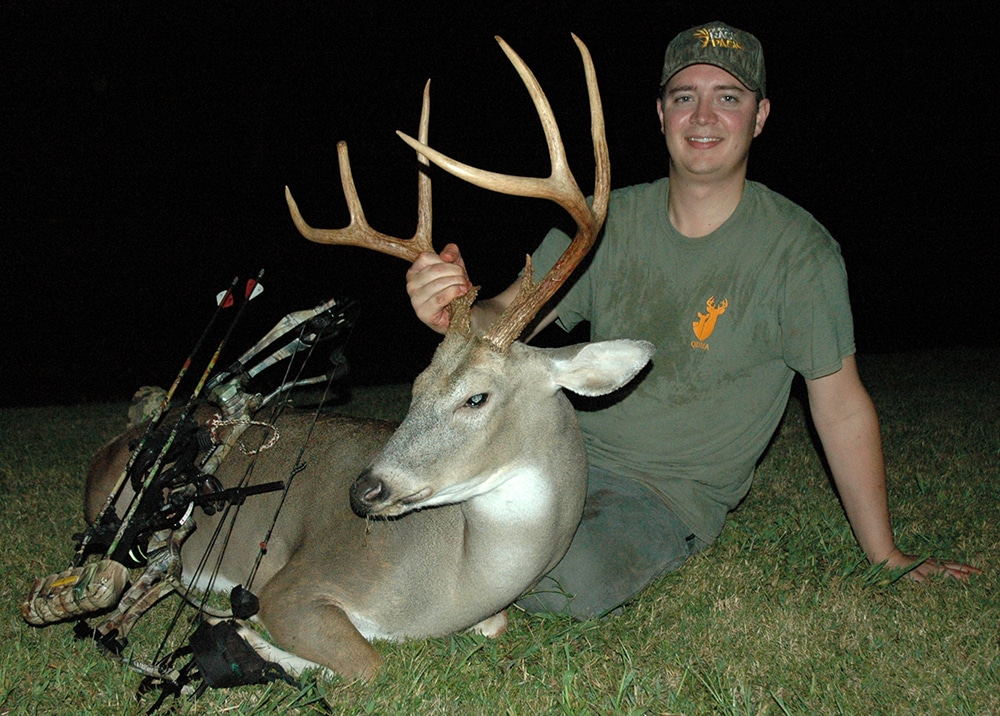 Unbelievable, but it’s here. Deer season is actually here!  Well, despite the fact it’s 86 degrees outside as I write this and my calendar says the current month starts with the letter “S”, my email inbox and the world of social media says it’s here.

Sure enough, velvet whitetails are dropping in states like Tennessee, Kentucky and South Carolina, and I’ve noticed a consistent stream of blogs and print media discussing a variety of early-season tactics. And, even though I won’t see any field time until October when my home state’s regulated hunting season begins, I admit the excitement factor is climbing rapidly in the Ross household, too. So, in the spirit of opening day either being a few short weeks, days or even hours away, let’s cover what science says will be your three biggest obstacles to overcome as you hook-in for that sweet, inaugural sit of the season, and set your sites on bagging that dream buck early on.

1. Food sources are changing, so should you.

Yes, it’s fun to glass bucks in bean fields in August, but for most areas of the country, the same food sources you drooled over all summer will either be gone or becoming quickly obsolete come opening day. Numerous food habit studies have shown that deer make a hard shift from high protein to high energy foods during the throes of summer as they prepare for the rigors of the fall breeding season and subsequent winter. This is also a time when forbs — which dominate deer summer diets — become far less attractive due to a decline in palatability.

Study after study has shown buck movement rates are at their lowest point during the peak of summer, and come early fall, when your season probably opens, they’re still low compared to the rut.

This causes a fairly extreme and sudden behavioral change in where you’ll find deer feeding, as they begin concentrating on mast sources like acorns and apples. A lot of hunters are aware of this change and prepare for it by scouting these new food items ahead of schedule.

For those of you who will be hunting an early season where a typical “food-to-bed” trap can be set on the edge of an agricultural field or food plot, a word of caution: not all bucks are as susceptible as you may think, even as an afternoon-only sit. Common knowledge for most seasoned hunters is that it’s difficult, if not impossible, to hunt food sources during mornings, right? Deer spend most of the night in those fields feeding, and start moving back into cover to bed around daylight. However, most believe afternoons are doable, capitalizing on when deer arrive for the evening to feed. But GPS research out of North Carolina shows at least a few examples where the distance bucks traveled to those summer food is so great that daylight activity at the food source was very limited.

Solution: The alternative would be to be to set up much, much deeper in the timber. This allows you to capitalize on those delayed movements well before shooting light expires in the evening, and/or to catch a buck on his feet before he beds for the day during a morning hunt. A close friend did this exact thing a few years ago where I hunt in New York and doubled up on an opening morning 3½-year-old buck/adult doe combo as a parade of deer filtered back through the woods several hundred yards from a standing bean field. 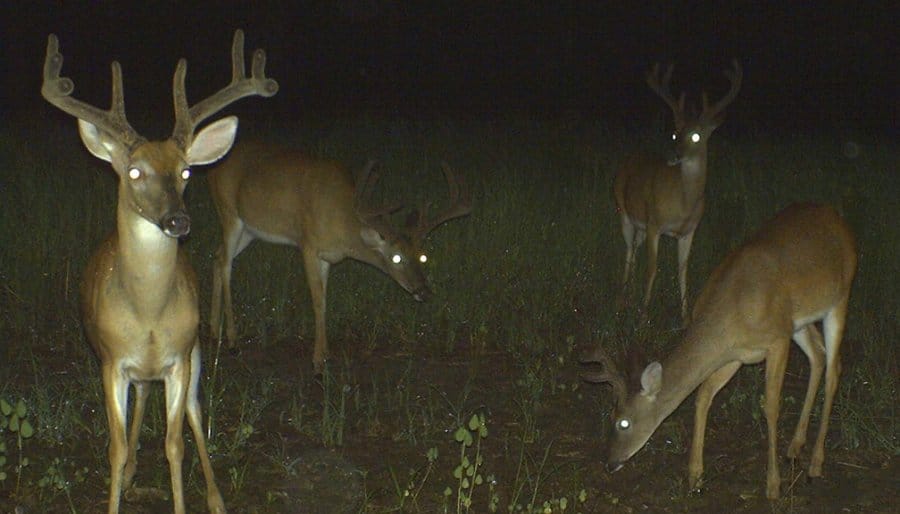 If you are monitoring local whitetails during summer, you’ve probably seen what are known as bachelor groups. These are groups of bucks that travel together and generally follow the same movement schedule of bedding and feeding. Bachelor groups may contain bucks of many different ages, including yearlings. Bucks in an individual group are usually not related to each other, and not all bucks join bachelor groups.

Research has shown the average buck begins using a larger percentage of his home range as the rut approaches, so movement patterns and locations of each buck may change radically after the group disbands. Thus, patterning an entire bachelor group may be useful where archery or firearms seasons open early enough, but the pattern will fade quickly.

This is another reason why you should not rely entirely on the intel you gathered during summer. It can be useful to detect the buck age structure of the general area and to identify particular bucks you may want to target, but the best laid plan should ultimately include being ready to move elsewhere, because there’s a good chance the same bucks you were watching could be miles from where you first viewed them.

Solution: While it’s easy to think you’ll be able to identify some bucks you want to target purely through summer observations, you’ll probably need to gain additional information through use of trail-cameras, aerial photos and good old-fashioned neighborly fence-side chats to actually tag one. Trail-cameras can be placed in areas where you’ve seen these bachelor groups from afar during late summer, and through the process of elimination and by systematically moving them further in the direction the deer are coming from, you can then begin to pinpoint where they will be once the season opens. For most of us, however, that will likely mean talking with one or more neighbors to either gain permission to hunt, or to simply swap stories to see if they’ve encountered the buck in the past. This is where QDM Cooperatives come into play, and although it may seem counterintuitive to actually tell your neighbors about what bucks you’re seeing, it can really fast-track your success to killing more and older bucks when you work together.

3. Move it along. Nothing to see here.

When it’s really hot outside, my absolute favorite thing to do is dress in my heaviest Mossy Oak hunting gear and go for a jog.

Obviously that’s a joke, but I use it as an analogy to help explain why bucks aren’t moving much at the start of the season. Study after study has shown buck movement rates are at their lowest point during the peak of summer, and come early fall, when your season probably opens, they’re still low compared to the rut. In fact, one recent study, which used 50 trail-cameras on 2,500 acres to test the validity of a passive (non-baited) camera survey technique, ran cameras for a full year, and researchers got 61 percent of all buck photos in 8 percent of the year — the month of November.

Solution: The point is that when bucks are moving less, it’s a lot harder to see and kill them. This means you’ve got to do more ground work by scouting, running cameras and talking to your neighbors to pattern bucks as they change their behaviors at the end of the summer; bucks are still moving, you just have to determine where they’re moving and why.