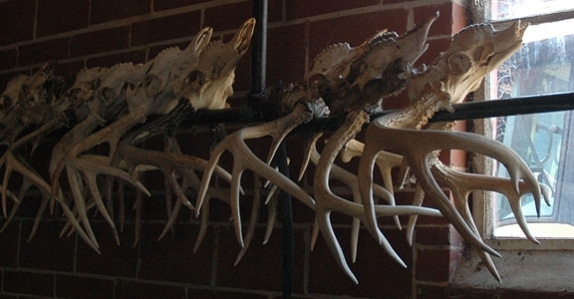 Hunters throughout the whitetail’s range are complaining of declining deer populations. Not all hunters, of course, but enough to draw newspaper headlines, DNR deer management plan audits, and legislation aimed at growing deer herds. Are these declines real, and if so, what are the driving factors?

We can look at current antlered buck harvests and compare them to buck harvests a decade ago to monitor the presence and degree of changes in herd size. Changes in buck harvest can be a good index to changes in the actual herd size, and they are a great index to hunters’ perceptions of the actual herd size. A state-by-state analysis would be much longer than this article allows, so I’ll assess it on a regional basis and divide the U.S. into the Midwest, Northeast and Southeast regions. (You can review the state-by-state information in our 2015 Whitetail Report).

The 2013-14 deer season is the most recent data available for use in comparing all states, so I’ll use data from that season and compare it to 10 years prior in the 2003-04 season. Deer populations were at all-time highs in many states a decade ago, so this analysis can compare current hunting opportunities with those often considered “the good ole days.”

In 2003, yearling bucks constituted nearly 50 percent of all bucks harvested, and bucks 3½ years and older only accounted for just over 20 percent. However, by 2013 those numbers were nearly equal at 36 and 34 percent, respectively! Think about that for a minute. These two regions are shooting approximately the same number of bucks today as in 2003 but are shooting many more that are 2½, 3½, 4½ and 5½ years old. Wow, that sounds pretty good to me.

The Midwest however is a very different story, as the buck harvest declined by more than 125,000 bucks from 2003 to 2013. It was the first time since at least 2009 the buck harvest in this region dropped below 1 million bucks.

I believe there are five main reasons for the declines experienced in several Midwestern states.

We had a record hemorrhagic disease (HD) outbreak in 2007 and another in 2012. The Midwest lost tens of thousands of deer to HD and many states haven’t fully recovered from it.

We experienced severe winter weather during the past few years. Severe winters in the Upper Midwest can increase adult mortality, reduce fawn survival, and impact antler growth the following year as bucks have to recover the additional weight lost during the severe winter. This leaves less nutrition for antler growth.

Several states were intentionally reducing their deer herds over the past decade. Many states were aggressively harvesting antlerless deer, and when you reduce the herd the buck harvest declines. In the Midwest today, only one state wildlife agency (Indiana) says it is trying to reduce the deer herd, the others are either trying to stabilize or grow their herds.

Eight states in the Midwest measure fawn recruitment rates today. In my opinion, every state should be monitoring this important statistic. Back in 2005 only five of the eight states measured fawn survival, and it has dropped in all five from 2005 to 2014. You can blame it on predators, nutrition, climate change, or whatever you’d like, but the reality is far fewer fawns are surviving today than they did a decade ago. Approximately every other fawn born is a buck fawn, so fewer fawns means fewer bucks are recruited into the herd.

The last reason is arguably the most important in this list, and it is habitat loss. From 2007 to 2014 the U.S. enrolled 9.1 million fewer acres into the USDA’s Conservation Reserve Program (CRP). The CRP is the most successful federal wildlife habitat program, and it pays landowners a fee to convert highly erodible cropland and environmentally sensitive acreage to wildlife habitat. It can include grasses, trees, windbreaks, shelterbelts, buffer strips and more. In most cases, CRP acres provide exceptional wildlife habitat, and this is especially true in the intensively row-cropped Midwest where cover was already the limiting habitat component. As a whole, the United States lost over 25 percent of its CRP acreage from 2007 to 2014 as the land was put back into agricultural production, largely as a result of record high corn and soybean prices, and the Midwest alone lost over 5 million acres of CRP! North Dakota lost over 1.5 million acres, and Kansas lost over 700,000 acres. The table shows how each state fared, but every state in the Midwest lost acreage.

The Northeast lost 17 percent of its CRP and the Southeast lost 20 percent. However, cover is not as critical a limiting factor in these regions as it is the Midwest, so the impact on deer populations is less noticeable.

What Does All This Mean for Hunters?

Overall things are pretty good for hunters in the Northeast and Southeast. This doesn’t mean all hunters in these regions are having their best years of all time. Rather it means as a whole the regions are doing well. State wildlife agencies collect data at the wildlife management unit level while we hunt at the property level. There can be a big difference between those, so we shouldn’t assume all other hunters’ experiences are similar to ours.

While things may be good in the Northeast and Southeast, it’s a very different story in much of the Midwest. I say “much of” because some states like Kansas have more deer today than a decade ago and others like Kentucky are shooting a lot more bucks today than a decade ago. However, most Midwestern states are dealing with changes in their deer herds and habitats, and this results in disgruntled hunters. Deer management is in a very different place today than a decade ago. As deer herd size has changed, so have harvest goals, and many hunters are frustrated by this. Unlike short-term impacts of HD and severe winter, major habitat loss in the Midwest will plague deer herds for years to come.