In early July 2020, NDA member Robert Newcom of Kentucky saw a fawn hanging out in a quarter-acre clover patch, so he repositioned a nearby trail-camera to see if the fawn would come back. He ended up capturing the fawn and its mother on film – as well as the fawn’s untimely fate.

“There was a stump with a bunch of greenbrier grown up around it, and the fawn jumped up from there, so I turned the camera toward the stump,” said Robert. “After a few days I went back to check it.” 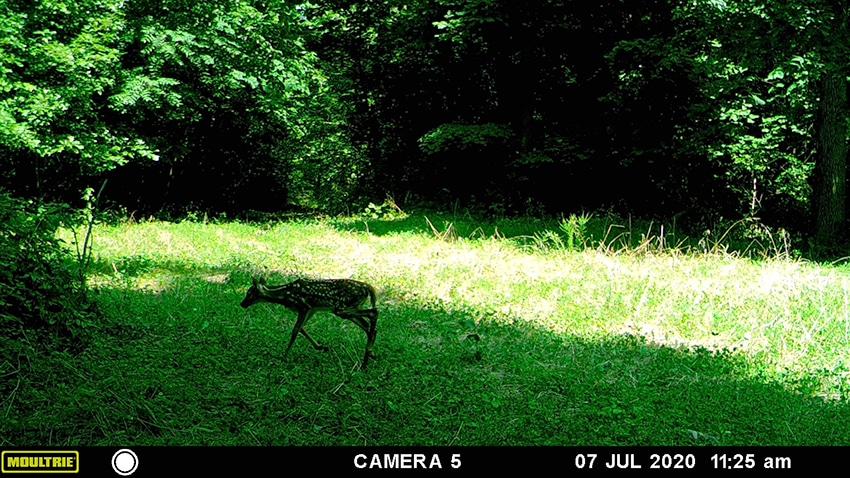 The first few photos showed the fawn continuing to hang out around and bed in the cover surrounding the stump (seen in the left hand edge of the photo above). The camera also caught a doe returning to nurse the fawn near the stump several times. Turns out, Robert knew the doe.

“I call the doe Old Crooked Tail, because it doesn’t hang down straight, it’s kind of bent over to the right side of her body,” he said. “She’s at least six years old.” 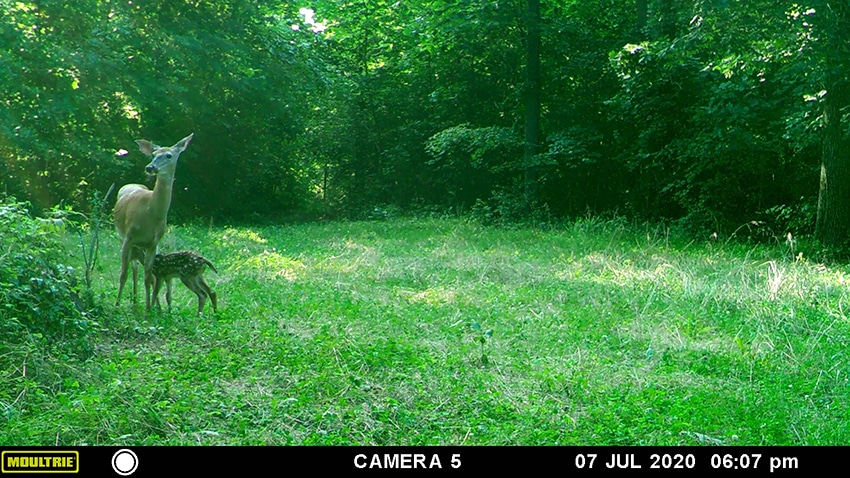 Then, on July 8, something different appeared on the scene: a bobcat. The first of two images shows the bobcat on top of the fawn, beside the stump, in the very edge of the photo frame. But in the next image, the fawn has somehow escaped from the claws and jaws and is seen dashing in front of the camera as the bobcat scrambles after it. When my colleague and wildlife biologist Kip Adams saw the two photos below, he suggested the bobcat might even have released the fawn to play with it before killing it, as cats sometimes do. 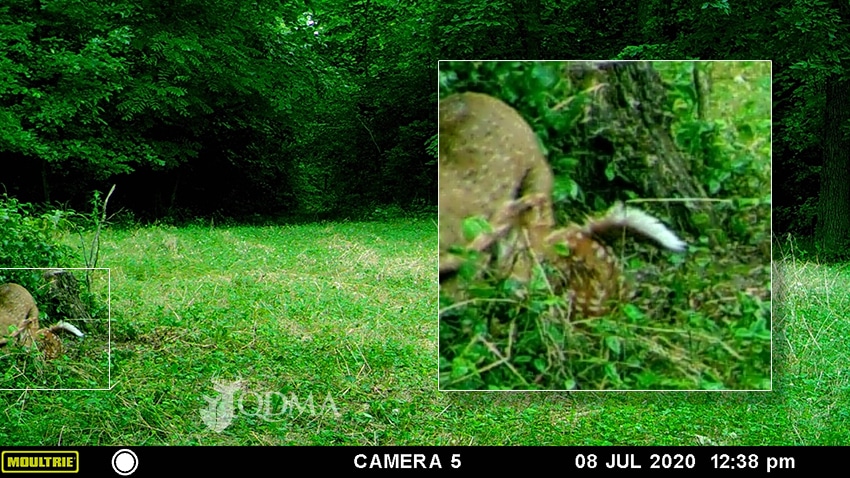 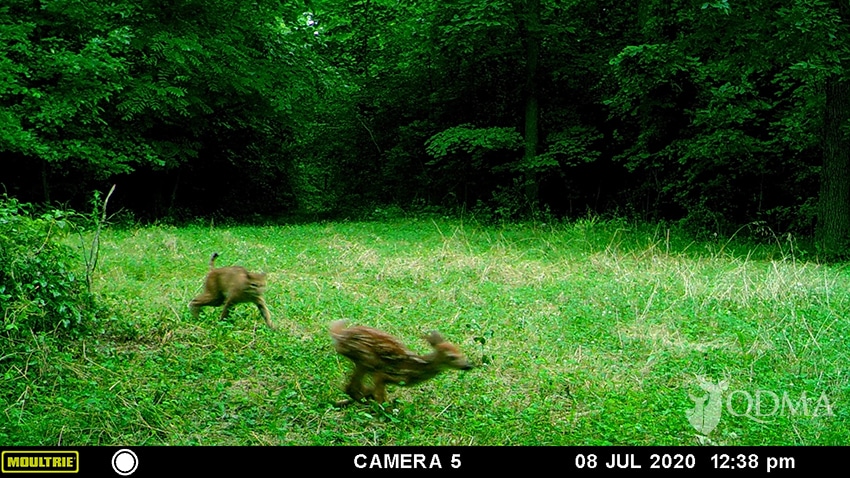 “It looked like the fawn got away, but it never came back to the stump,” said Robert. “There are pictures of the doe coming in there a few more times to the stump for a day or two after that. She would smell around like she was looking for the fawn. I never found any sign of the fawn or got any more pictures of it.” 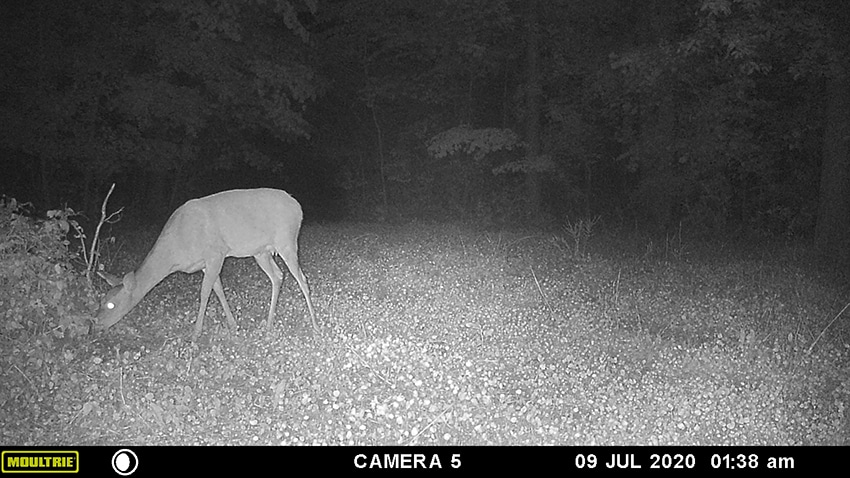 Across numerous scientific studies of fawn survival, bobcats generally rank a distant second to coyotes as fawn predators, though they still may have a measurable impact in some areas or situations. In areas where fawn recruitment is running low (usually less than 0.5 fawns per doe recruited into the fall population), your best response is to increase fawning cover through habitat management practices that encourage natural, ground-level vegetation. This is something almost all land managers can do themselves, and it has the added benefits of increasing deer forage as well as cover for a variety of wildlife species.

Unlike coyotes, bobcats often “cache” or hide their kills by covering them with brush. They will then remain in the area and feed on the carcass for several days, depending on the size of the prey and the season (the carcass rots faster in summer). If you discover an animal carcass hidden beneath leaves and brush, you’re likely looking at a bobcat kill.